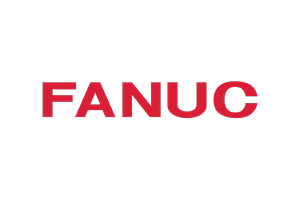 Mizen Automation stocks one of the largest ranges of Fanuc parts for sale in Australia. To find specific Fanuc automation parts, get in contact with the team at Mizen by filling out a contact form here.

Our range of Fanuc components and spare parts includes, but is not limited to:​

Mizen Automation stocks a range of used Fanuc surplus parts to help you maintain your automation systems. From Fanuc electrical parts to PLC systems, get in touch with the team at Mizen today.

If you’ve got a faulty Fanuc part, get in touch with the team at Mizen. We’ve partnered with one of New Zealand’s best electronic repairs company and also have partnerships with professional repair companies in Australia, Singapore and the UK.

FANUC has consistently pursued the automation of factories since 1956, when it succeeded in the development of the SERVO mechanism for the first time in the Japanese private sector. FANUC's business is comprised of three pillars of FA, ROBOT and ROBOMACHINE. The FA business encompasses basic technologies, consisting of NCs (numerical controls), servos and lasers, which are also applied to the ROBOT and ROBOMACHINE businesses. In addition, FANUC's flagship IoT product, "FIELD system," which is an open platform, has been introduced as a new business.
FANUC also offers services, with a policy for not terminating support of FANUC products as long as they are used by customers.

Through such activities, FANUC contributes to the development of manufacturing industry in Japan and overseas, by promoting automation and efficiency in customers' factories.