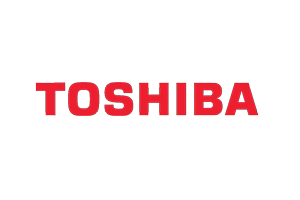 Mizen Automation stocks one of the largest ranges of Toshiba parts for sale in Australia. To find specific Toshiba automation parts, get in contact with the team at Mizen by filling out a contact form here.

Our range of Toshiba components and spare parts includes, but is not limited to:​

From Toshiba electrical parts to PLC systems, get in touch with the team at Mizen today.

If you’ve got a faulty Toshiba part, get in touch with the team at Mizen. We’ve partnered with one of Australia's best electronic repairs company and also have partnerships with professional repair companies in New Zealand, Singapore and the UK.

Toshiba has developed numerous pioneering electric and electronic products that represented firsts of their kind in Japan or anywhere in the world. It all started in 1875 with the establishment of Tanaka Seizo-sho, Japan's first manufacturer of telegraphic equipment. Its founder, Hisashige Tanaka (1799 - 1881), was well known from his youth for inventions that included mechanical dolls and a perpetual clock. Under the name Shibaura Seisaku-sho, his company became one of Japan's largest manufacturers of heavy electrical apparatus.

In 1890, Hakunetsu-sha & Co., Ltd. was established as Japan's first plant for electric incandescent lamps and evolved as a manufacturer of consumer products. In 1899, the company was renamed Tokyo Denki. In 1939, these two companies merged to form an integrated electric equipment manufacturer, Tokyo Shibaura Denki (Tokyo Shibaura Electric Co., Ltd.). The company was soon well known as 'Toshiba,' which became its official name in 1978.